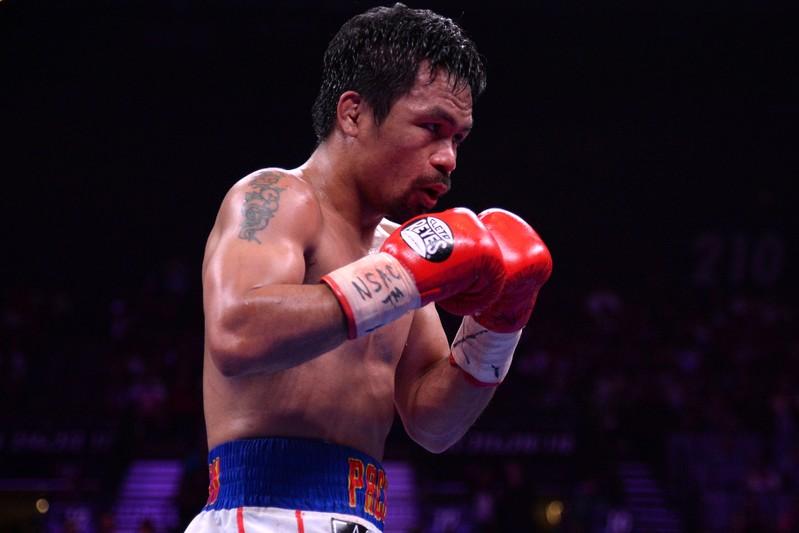 (Reuters) – A U.S. appeals court on Thursday said boxing fans who felt cheated after learning that Manny Pacquiao had been injured before fighting Floyd Mayweather Jr. cannot pursue class-action litigation because the 2015 welterweight bout dubbed the “Fight of the Century” proved a letdown.

The 9th U.S. Circuit Court of Appeals ruled 3-0 that fans and pay-per-view subscribers who paid hundreds of millions of dollars to watch a “yawner” of a fight “got what they paid for” when Mayweather and Pacquiao stepped into a Las Vegas ring, with Mayweather winning a unanimous 12-round decision.

Circuit Judge Jacqueline Nguyen said the plaintiffs demonstrated no legal injury from Pacquiao’s failure to reveal a four-week-old injury in his right shoulder until three hours before the May 2, 2015, fight started.

She said letting the litigation proceed could also fundamentally alter professional sports by requiring athletes to disclose even minor injuries, which opponents could use to their advantage, or risk a slew of lawsuits.

“Although the match may have lacked the drama worthy of the pre-fight hype, Pacquiao’s shoulder condition did not prevent him from going the full 12 rounds,” Nguyen wrote. “Plaintiffs therefore essentially got what they paid for — a full-length regulation fight between these two boxing legends.”

The judge also noted a New York state appeals court had dismissed fraud claims when Mike Tyson was disqualified for biting off part of Evander Holyfield’s ear in a 1997 heavyweight bout, because fans had paid to see “whatever event transpired.”

Tickets for the Mayweather-Pacquiao fight started at $1,500 and fetched up to $231,000 on the secondary market. Commercial subscribers paid up to $10,000 for pay-per-view access.

Hart Robinovitch, a lawyer for the plaintiffs, did not immediately respond to requests for comment.

The defendants included Mayweather and Pacquiao; AT&T Inc’s HBO unit, which co-produced the fight; the promoters Top Rank Inc and Bob Arum, and others.

“We are very pleased,” Daniel Petrocelli, a lawyer for Top Rank and Arum, said in an interview. “The court established the very important principle that while sports fans may be zealous and passionate they do not have the right to sue because they are disappointed in how a contest was conducted, or in the outcome.”

Mark Tratos, a lawyer for Mayweather, and HBO did not immediately respond to requests for comment. HBO decided in September 2018 to stop televising boxing.

The case is In re: Pacquiao-Mayweather Boxing Match Pay-Per-View Litigation, 9th U.S. Circuit Court of Appeals, No. 17-56366.