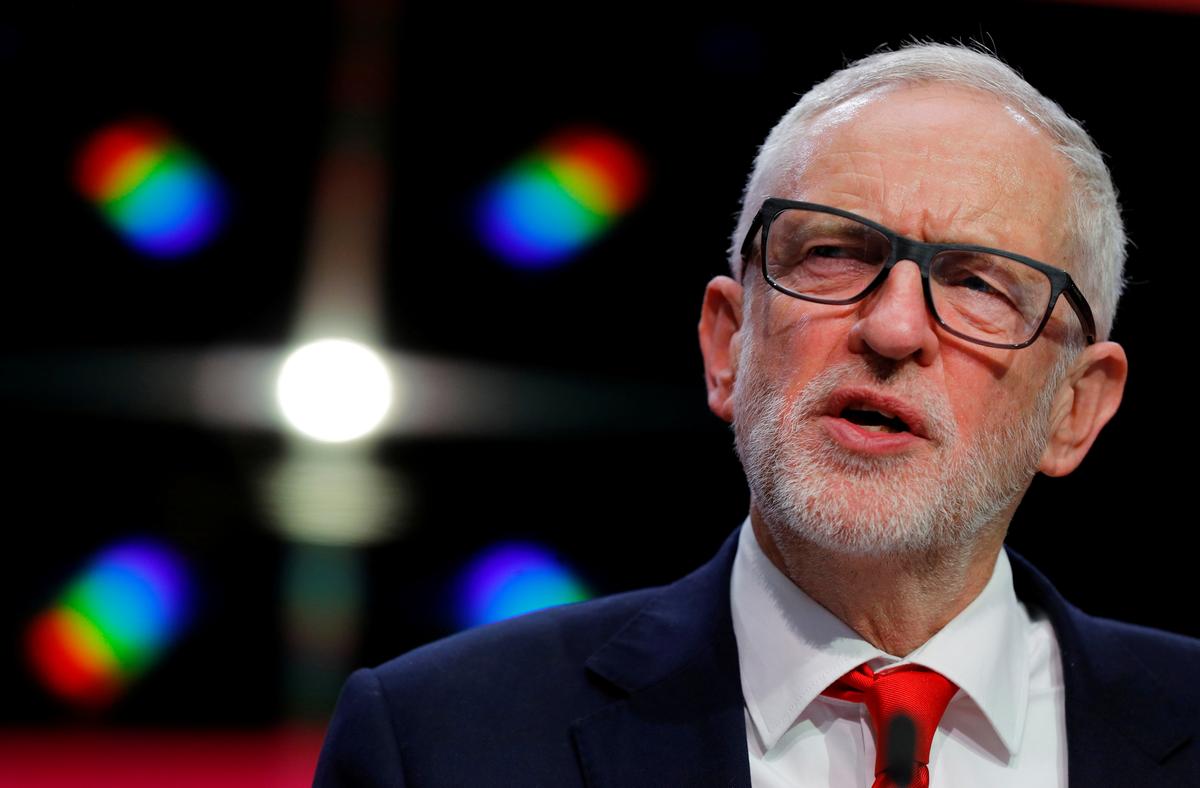 LONDON (Reuters) – The leader of Britain’s opposition Labour Party, Jeremy Corbyn, said on Friday he would remain neutral in any second Brexit referendum, so he could credibly carry out the result of the vote and unite the country.

FILE PHOTO: Leader of the Labour Party Jeremy Corbyn speaks at the launch of the party manifesto in Birmingham, Britain November 21, 2019. REUTERS/Phil Noble

Corbyn, 70, is vying to become prime minister at a Dec. 12 election called by his Conservative rival, the current Prime Minister Boris Johnson, to resolve a deadlock in parliament over the right approach to leaving the European Union.

While Johnson wants to implement a deal he has already agreed with Brussels and leave the EU in January, Labour is promising to negotiate a new exit deal and put it to the public at a second referendum next year.

“I will adopt as prime minister, if I am, at the time, a neutral stance so that I can credibly carry out the results of that (referendum) to bring our communities and country together, rather than continuing an endless debate about the EU, and Brexit,” Corbyn said during a televised question and answer session on BBC TV.

Previously, Corbyn has said his party’s position would be determined by a special party conference on the issue.

Brexit divides many within Labour, with some senior figures angering eurosceptic grassroots members by saying openly they would campaign to remain in the EU.

“I don’t see how you can do a deal when you say you are going to be neutral or indifferent about the deal,” Johnson said during a later appearance on the same show.

Voters face a stark choice at the election: Corbyn’s socialist vision, including widespread nationalisation and free public services, or Johnson’s drive to deliver Brexit within months and build a “dynamic market economy”.

Both leaders endured criticism during their separate 30-minute grillings by members of the public in the northern city of Sheffield.

Johnson defended past comments criticised by voters as homophobic and Islamophobic, and was persistently heckled over his decision not to publish a report into Russian democratic interference. Every time he used his election slogan “Get Brexit Done”, the audience groaned.

One participant, asking about healthcare funding, said simply: “I think you’re lying to us.”

Corbyn was criticised over his proposed economic reforms and his stance on Brexit. His most difficult moment came when addressing historic complaints about his handling of anti-Semitism complaints within Labour.