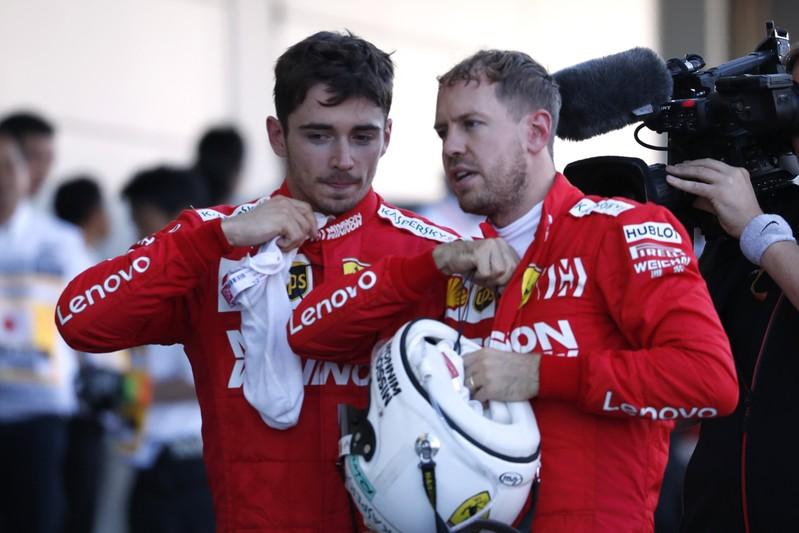 (Reuters) – Ferrari drivers Charles Leclerc and Sebastian Vettel have cleared the air after a Brazilian Grand Prix collision that put both of them out of the penultimate race of the Formula One season, the team said.

Team boss Mattia Binotto said after the race at Interlagos that there would be a review with the drivers at the Maranello factory to go through what went on and how to prevent any recurrence.

“Since last Sunday Mattia and the drivers have spoken every day, as they would normally do anyway, so there was no official summit nor video conference,” a Ferrari spokeswoman said.

“Air is now fully cleared and we are focusing on Abu Dhabi.”

The collision between the young charger and a four times world champion, who have been battling for supremacy this season, provided a major talking point at Interlagos.

The final race of the season at Abu Dhabi’s Yas Marina is next week, with both championships already won by Mercedes for an unprecedented sixth season in succession.

Britain’s Lewis Hamilton wrapped up his sixth title in Texas this month.

Ferrari are sure of second place in the constructors’ championship.