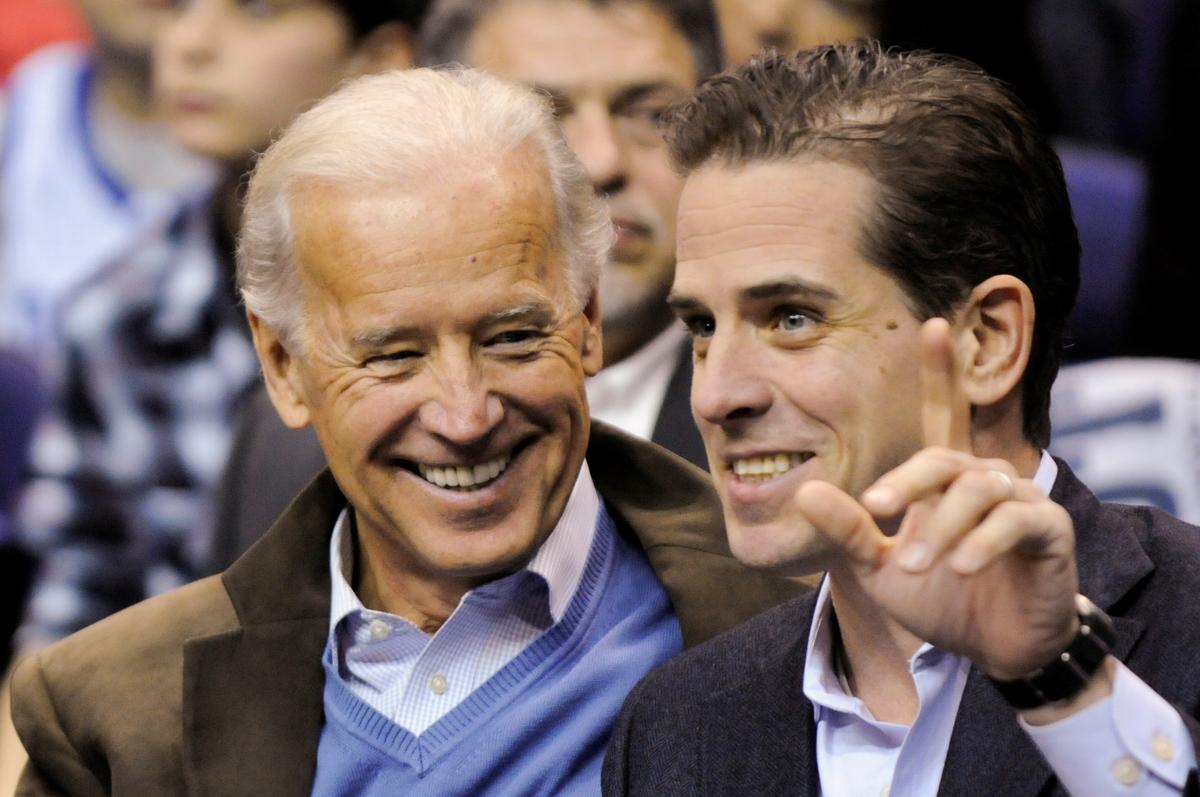 WASHINGTON (Reuters) – The Republican chairmen of two U.S. Senate committees have asked the Treasury Department, in a letter, for possible reports of money laundering or fraud on the business dealings of former Vice President Joe Biden’s son with a Ukraine energy firm.

The letter, seen by Reuters on Friday, seeks “suspicious activity reports,” or documents that financial institutions file with the department’s Financial Crimes Enforcement Network when a case of money laundering or fraud is suspected.

It was unclear if any such reports exist regarding Hunter Biden, the former vice president’s son. There letter gave no evidence that Hunter Biden engaged in suspicious activity that would have been covered by such reports. [tmsnrt.rs/2s6ZdoF]

The agency does not comment on the reports, a spokesman said. Fincen, as the network is known, collects more than 2 million such reports each year, and they are tipsheets that make no findings on whether illegal activity has occurred.

The request comes as Republicans seek to defend President Donald Trump against a Democrat-led impeachment probe into whether the president improperly pressured Ukraine to investigate the Bidens to improve his chances of re-election.

Republicans in Congress have tried to turn the impeachment inquiry into an investigation of Hunter Biden – repeating unverified accusations about his work in Ukraine.

Joe Biden’s campaign criticized the request as a political effort to attack Biden in the wake of damaging impeachment hearings.

“Trump is now counting on his Republican enablers in the Senate to bail him out,” campaign spokesman Andrew Bates said. “Driven by fear of a mean tweet, they are falling in line, peddling the same disproven lies we’ve heard for months.”

Senate Finance Committee Chairman Chuck Grassley and Ron Johnson, chairman of the Homeland Security and Governmental Affairs Committee, sent the request in a Nov. 15 letter to Ken Blanco, the director of the Financial Crimes Enforcement Network.

The chairmen set a Dec. 5 deadline for information related to Hunter Biden, who was on the board of directors of Burisma Holdings, which had been under investigation in Ukraine.

In the letter, the senators said Burisma was paying Hunter Biden as much as $50,000 a month and their panels were investigating “potentially improper actions by the Obama administration with respect to Burisma Holdings and Ukraine.”

The Bidens have denied any wrongdoing.

The elder Biden is a leading Democratic candidate for president in next year’s U.S. elections, in which Trump is seeking a second four-year term.

Grassley and Johnson also said on Friday they had asked the U.S. National Archives and Records Administration for records of 2016 White House meetings between Obama administration officials, Ukrainian government representatives and officials of the Democratic National Committee.

Trump and Republicans in Congress have been ramping up their rhetoric on the Bidens as the November 2020 U.S. elections near and as Democrats in the House of Representatives intensify their impeachment investigation of Trump.

Democrats are looking into whether Trump used the withholding of U.S. aid to Ukraine as leverage to press Kiev to launch investigations into the Bidens and allegations Ukraine meddled in the 2016 U.S. elections to hurt the Trump campaign.

U.S. intelligence agencies have concluded it was Russia that tried to influence the 2016 election in favor of Trump.

Trump has denied doing anything improper in Ukraine and has called the impeachment inquiry a witch hunt.