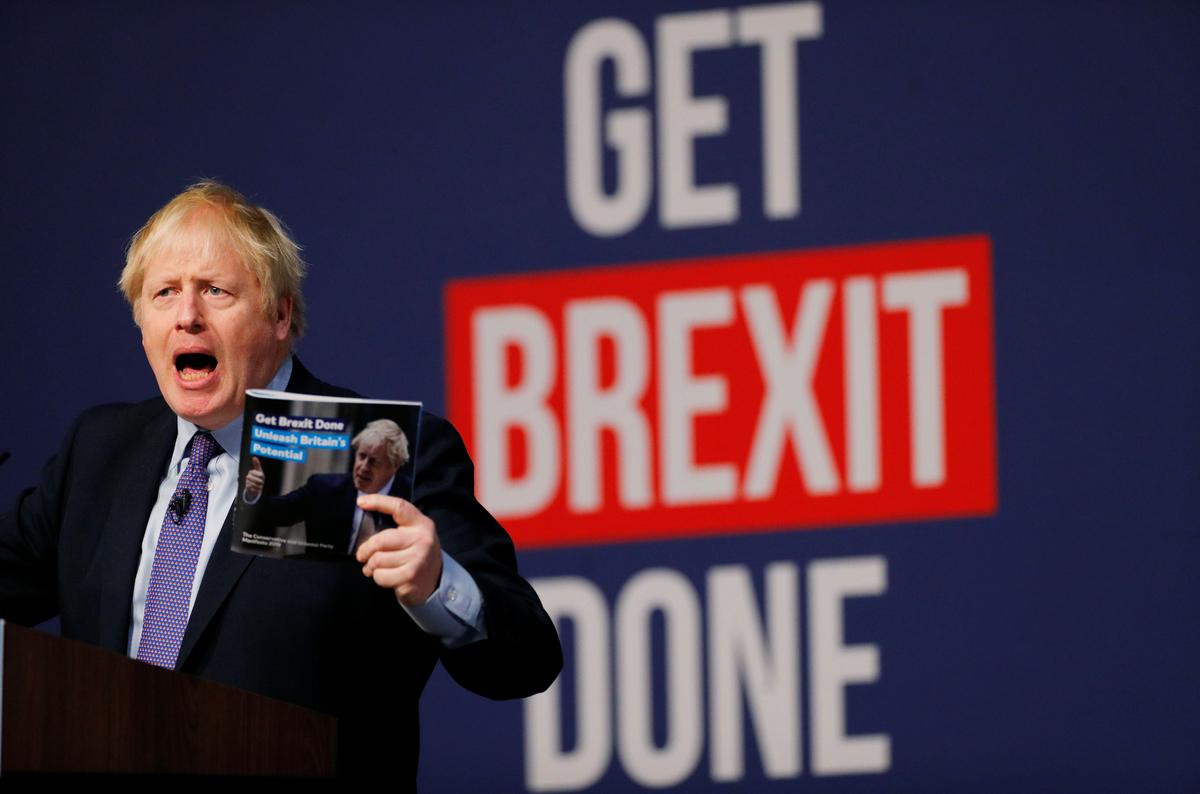 Below are some of the policies set out by the party:

– It promised 23.5 billion pounds ($30.15 billion) worth of tax cuts and public spending between 2020 and 2024, saying the impact on the government’s day-to-day current budget would be close to zero.

– The most expensive tax cut measure was raising the threshold for paying social security contributions – which was announced by Johnson last week – while the lion’s share of the extra spending was on the health service.

– It set out 22 billion pounds of separate capital spending to go on R&D, flood defences, rail links and road improvements. That leaves almost 80 billion pounds in additional investment under earlier plans set out by the finance department.

– It will implement the Digital Services Tax to make sure that major multinational companies pay their fair share of tax.

– It said it would not extend the implementation period beyond December 2020.

– It will start putting Johnson’s Withdrawal Agreement through parliament before Christmas so that Britain can leave the European Union by the end of January, and move into the implementation period.

– The party said it would employ 50,000 more nurses, with students receiving a grant during training to help with their cost of living which will not have to be repaid.

– It will spend 1 billion pounds extra every year on social care. It will commit to seek a cross-party consensus in order to agree a proposal and legislation for long-term reform.

– It will aim to have 80% of UK trade covered by free trade agreements within the next three years, starting with the United States, Australia, New Zealand and Japan. These will be negotiated in parallel with the EU deal.

– It will create up to 10 free ports around Britain.

– It will establish immigration controls and end freedom of movement for EU work. The manifesto said there would be fewer lower-skilled migrants and overall numbers would come down. Qualified doctors, nurses and health professionals will be offered fast-track visas.

– It will treat EU and non-EU citizens equally.

– People coming into the country from the EU will only be able to access unemployment, housing and child benefit after five years.

– It will review business rates – which are charged on most non-domestic properties – and start by cutting rates for retailers and other venues such as cinemas, pubs and grassroots music venues.

– It will increase the tax credit rate to 13% and review the definition of R&D to incentivise further investment.

– This will be scrapped. The party says it has led to paralysis in parliament.

– It will continue to exceed the NATO target of spending 2% of GDP on defence and increase the budget by at least 0.5% above inflation every year of the new parliament.