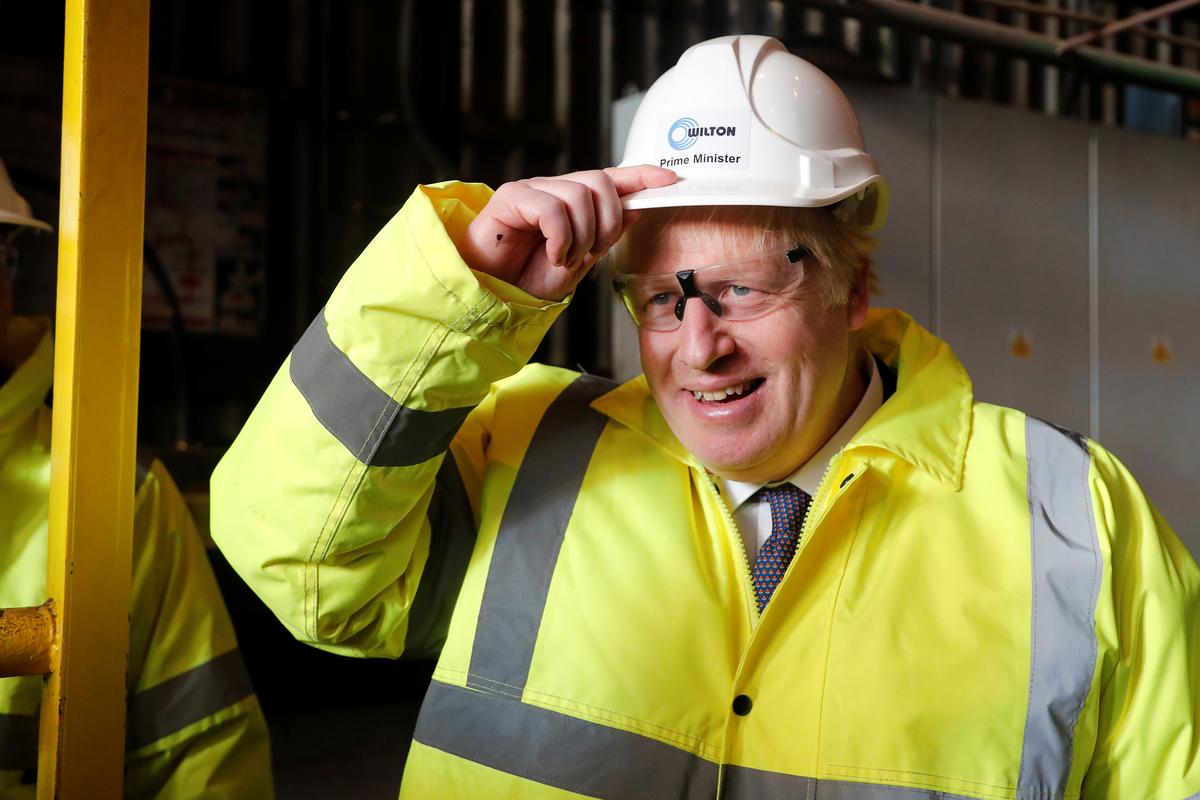 LONDON (Reuters) – British Prime Minister Boris Johnson will promise to bring his Brexit deal back to parliament before Christmas when he launches his manifesto on Sunday, the cornerstone of his pitch to voters to “get Brexit done”.

Opinion polls show Johnson’s Conservative Party commands a sizeable lead over the Labour Party, although large numbers of undecided voters means the outcome is not certain.

“My early Christmas present to the nation will be to bring the Brexit bill back before the festive break, and get parliament working for the people,” Johnson will say, according to excerpts of his speech that he will make at an event in the West Midlands region of England.

Johnson will also announce a 3 billion pounds ($3.85 billion) National Skills Fund to retrain workers and an extra 2 billion pounds to fill pot-holes in roads. He will also pledge to maintain the regulatory cap on energy bills.

“This is a no hope manifesto, from a party that has nothing to offer the country, after spending ten years cutting our public services,” Gwynne said.

Think tanks like the Institute for Fiscal Studies have raised questions about the credibility of plans to fund investment from both the Conservatives and Labour.

Held after three years of negotiations to leave the European Union, the December election for the first time will show how far Brexit has torn traditional political allegiances apart and will test an electorate increasingly tired of voting.

Amid a heated campaign in which the Conservatives have been criticised for disseminating misleading social media posts, Johnson, 55, will say he will “turn the page from the dither, delay and division” of recent years.

Labour has said it will negotiate a better Brexit deal with the EU within six months that it will put to the people in a new referendum — one which will also offer the choice of remaining in the bloc.

Corbyn has said he would remain neutral in such a vote.

“We now know the country can be carbon (neutral) by 2050 and Corbyn neutral by 2020, as the leader of the opposition has decided to duck the biggest issue facing our country today,” Johnson will say.