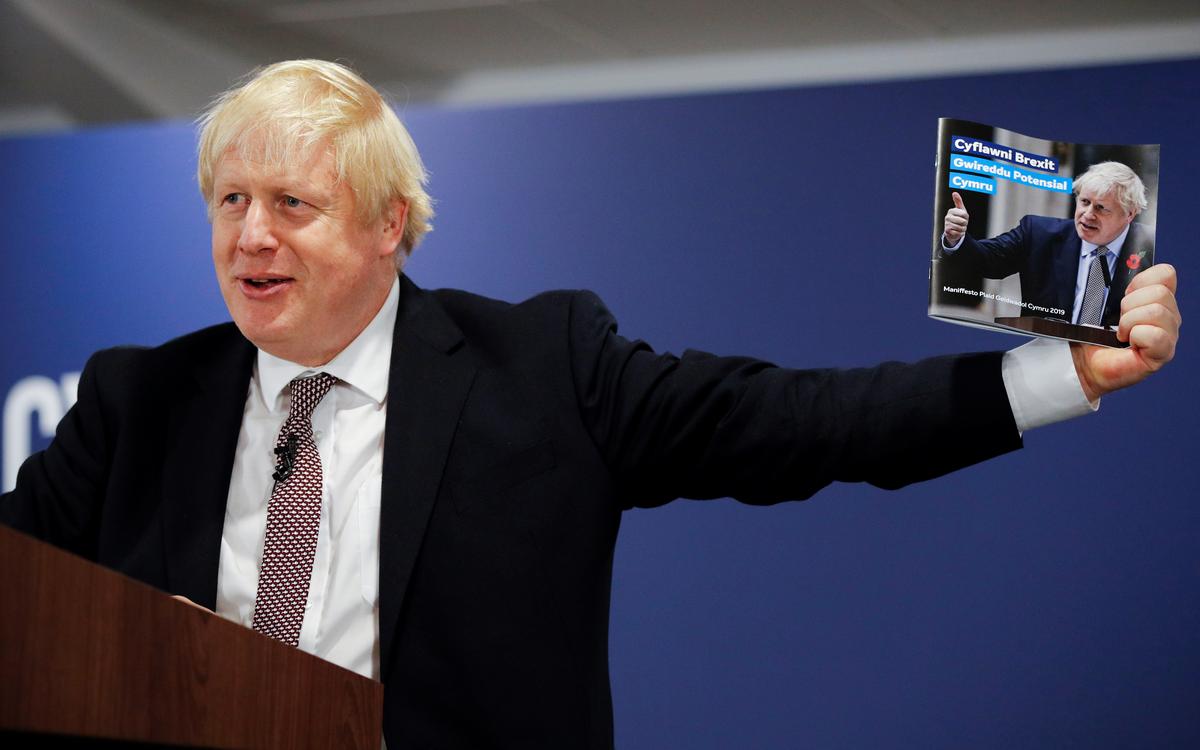 LONDON (Reuters) – British Prime Minister Boris Johnson’s Conservative Party saw its lead over the opposition Labour Party narrow during the last week, an opinion poll by ICM for Reuters showed on Monday, ahead of a Dec. 12 election.

Support for the Conservatives fell one point to 41%, while the Labour Party was up two points on 34%. The pro-European Union Liberal Democrats were unchanged on 13% while the Brexit Party was down one point on 4%.

It said that for five parties that are not contesting all seats, including the Liberal Democrats and the Brexit Party, it had only given respondents the chance to support those which are standing in their constituencies.

ICM also asked voters whether they would allow a new referendum on Scottish independence from the United Kingdom within the next five years if they were prime minister – 40% said they would, 42% said they would not and 18% did not know.

Johnson has ruled out another Scottish referendum but says that if Labour wins next month’s election without a parliamentary majority, it would agree to a vote on independence next year in return for the support of the Scottish National Party.

Labour leader Jeremy Corbyn has said he would not allow such a referendum for at least two years.