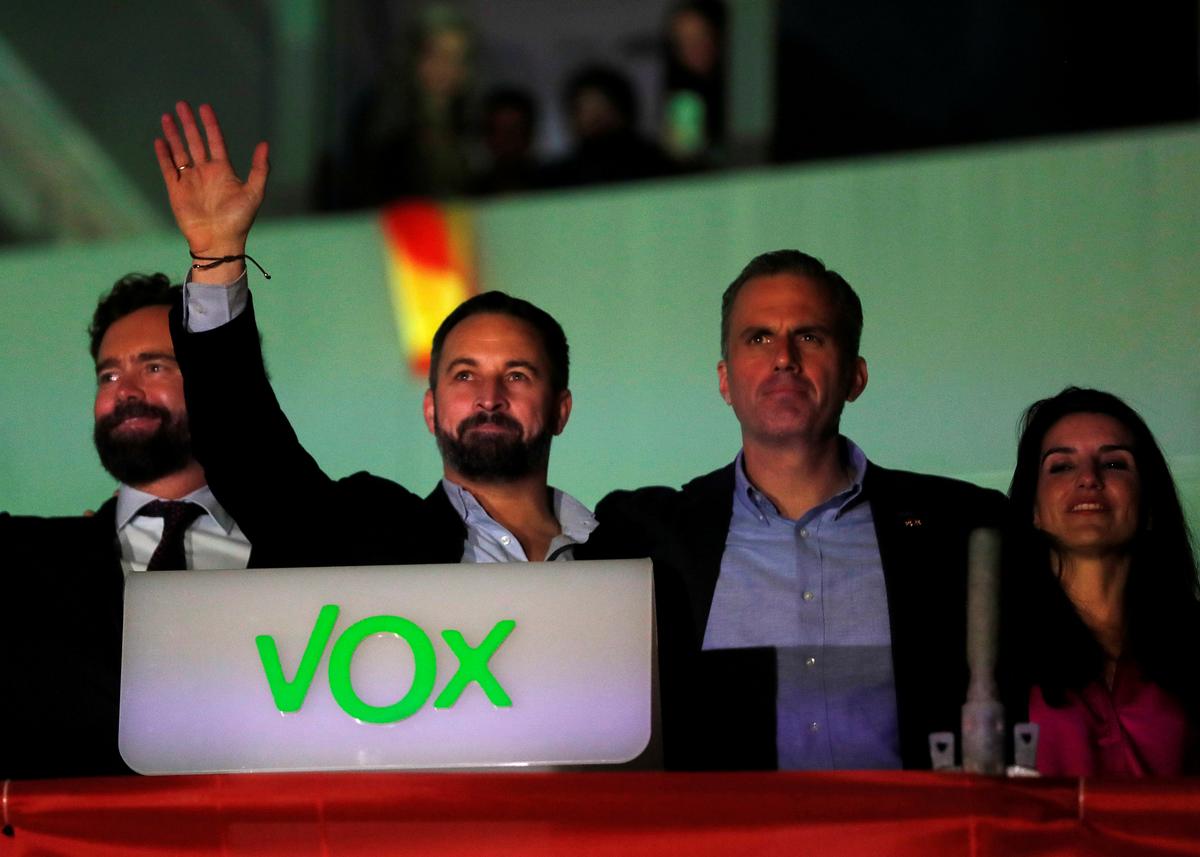 Vox’s refusal to sign the declaration by the Madrid city council meant that for the first time since a landmark 2004 law on gender violence, local authorities in the Spanish capital were unable to issue a joint all-party statement.

This month’s national election saw Vox become the third-largest party in the Spanish parliament, after more than doubling its number of seats with its mix of nationalist, anti-Muslim and anti-feminist rhetoric.

Javier Ortega Smith, a member of both Madrid city council and the national parliament said the declaration, on the United Nations’ International Day for the Elimination of Violence against Women, addressed only one side of gender violence.

In a speech greeted by shouts of anger from the audience in the Madrid city hall, he condemned what he described as “denialists” on gender violence, adding: “there are also men who suffer violence from women and are killed by their wives”.

The remarks were condemned by the mayor of Madrid, Jose Luis Martinez Almeida, from the center-right PP, whose conservative administration with the pro-business Ciudadanos relies on four Vox votes for a majority in the city council. “It is not politics what you have done here today; it is political posturing,” said Almeida.

The PP’s national leader Pablo Casado also tried to distance the party from their far right allies, urging other parties to “join forces to fight against abusers”.

However there was an angrier reaction from civil rights activists such as Nadia Otmani, head of an association that helps migrant women deal with gender violence.

Otmani, wheelchair-bound for 20 years after she said her brother-in-law shot her as she tried to defend her sister, approached Ortega Smith in tears after his speech, crying: “You cannot do this! You cannot play politics with gender violence!”

“Vox came mounting an important challenge to democracy and started with this one,” said acting deputy Prime Minister Carmen Calvo, from the center-left Socialists.

The latest victim, a woman in Tenerife, was allegedly murdered by her partner on Monday.