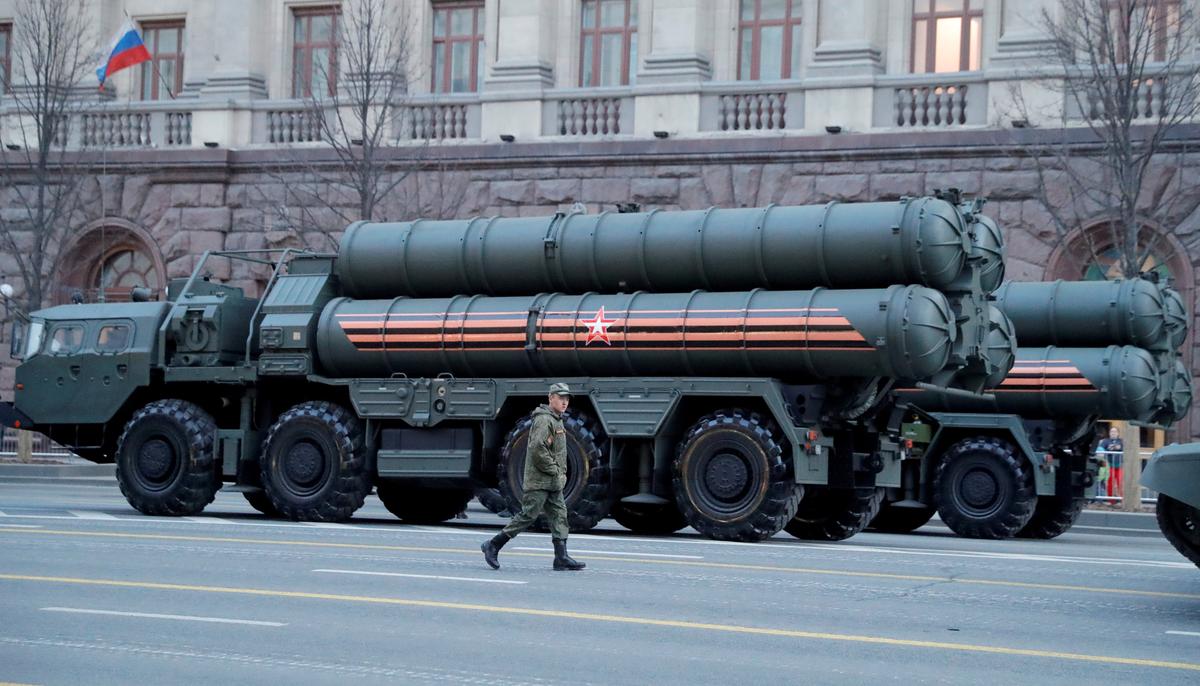 FILE PHOTO: A Russian serviceman walks past S-400 missile air defence systems in Tverskaya Street before a rehearsal for the Victory Day parade, which marks the anniversary of the victory over Nazi Germany in World War Two, in central Moscow, Russia April 29, 2019. REUTERS/Tatyana Makeyeva/File Photo

ISTANBUL (Reuters) – Turkish F-16 warplanes will fly over the country’s capital Ankara on Monday to test its new Russian S-400 missile defenses, Turkish media said, despite pressure from Washington for Turkey to drop the system.

Ankara’s purchase of the S-400s has been a major factor souring relations with the United States, which says the system is not compatible with NATO defenses and poses a threat to Lockheed Martin’s F-35 stealth fighter jets.

The provincial governor’s office announced on Sunday that the Turkish Air Force F-16s and other aircraft will conduct low- and high-altitude flights over Ankara on Monday and Tuesday to test an air defense system project.

Broadcaster CNN Turk and other media said specifically that the flights were to test the S-400 radar system. Ankara began receiving the S-400s last July but they are not yet operational.

Dealers said the reports had a negative impact on the lira, which weakened to 5.7380 against the dollar from a close of 5.7140 on Friday. Tensions in U.S.-Turkish relations played a major role in a near 30% slide in the lira’s value last year.

As recently as last Thursday, a senior State Department official told reporters Turkey needed to “get rid of” the system. Those comments came after President Tayyip Erdogan met U.S. President Donald Trump at the White House.

Trump said their talks were “wonderful” but it was unclear if the two NATO allies made any breakthrough on the S-400 issue and Erdogan subsequently said U.S. pressure to get rid of the S-400s was an infringement of sovereign rights.

Washington has suspended Turkey from the F-35 program, which it was a buyer and producer of, to punish it for the S-400 purchase. It has warned of possible U.S. sanctions over the deal but has not yet imposed them.

Trump has told Erdogan the United States is ready to sell Ankara U.S. Patriot systems if it drops the Russian system.