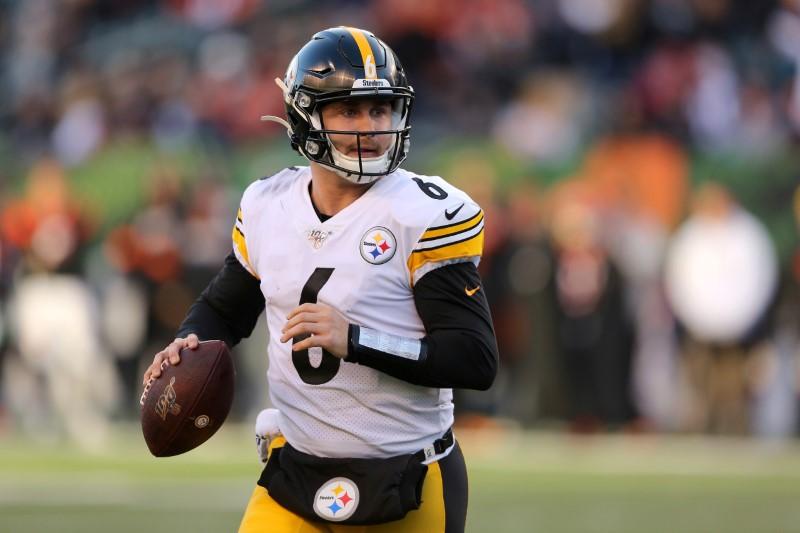 After rallying the Pittsburgh Steelers to a victory this past weekend, Devlin Hodges was named starting quarterback for Sunday’s home game against the Cleveland Browns.

Hodges came on in relief of Mason Rudolph in the third quarter last Sunday with the Bengals leading 7-3. On his second pass attempt of the game, he hit James Washington for a 79-yard touchdown and Pittsburgh never trailed again.

“We met as a staff, we decided that we’re going to start (Hodges) this week.” head coach Mike Tomlin said, according to ESPN. “Really, the decision is clear for us … I thought he provided us a spark in-game. I’m hopeful that he’s capable of continuing to provide that spark as we step into this stadium.”

Hodges, a 23-year-old undrafted rookie out of Samford, was named Southern Conference player of the year three times. He started Oct. 13 against the Los Angeles Chargers and was 15-of-20 passing for 132 yards and a touchdown in the Steelers’ 24-17 road victory.

He was 5 of 11 in the second half against the Bengals for 118 yards and a score as the Steelers earned a 16-10 victory in a defensive struggle while improving to 6-5.

Rudolph has started eight games for the season in Ben Roethlisberger’s absence. The 24-year old has thrown for 1,636 yards and 12 touchdowns with nine interceptions this season. He was 8 of 16 for 85 yards and an interception against the Bengals on Sunday, mostly in the first half.

The change at quarterbacks means Rudolph will not be starting in a rematch against the Browns. Toward the end of a Nov. 14 game at Cleveland, Rudolph and the Browns’ Myles Garrett touched off a brawl with Garrett hitting Rudolph over the head with his own helmet.

Garrett was suspended for the remainder of the season. Rudolph was fined $50,000.