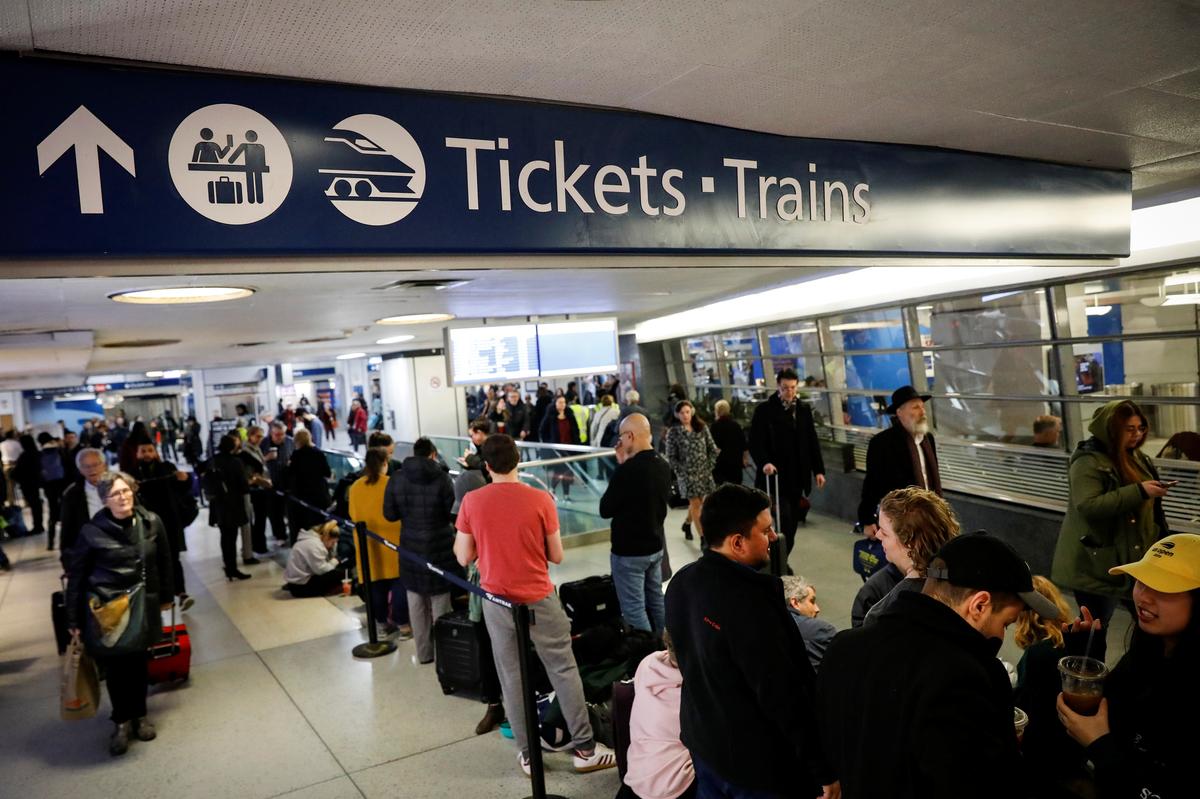 CHICAGO (Reuters) – Two winter storms blasted parts of the United States on Wednesday, disrupting travel plans for millions of Americans who typically jam the country’s highways and airports to visit family and friends over the long Thanksgiving weekend.

One of the hardest-hit areas was Minnesota’s Twin Cities region, which was blanketed in white by the same system that clobbered the Denver area a day earlier.

“Looks fun out there!” tweeted Chad Spitz from a Minneapolis-Saint Paul International Airport departure gate as he waited for one of nearly 50 delayed flights. He posted video of a snow-bound terminal with a fleet of snow plows clearing icy runways.

After parts of Colorado got up to 30 inches of snow on Tuesday, Minneapolis was expected to get as much as 12 inches as the system slid east, said Brian Hurley, a meteorologist with the National Weather Service in College Park, Maryland.

The storm, which is packing high winds, will move eastward on Wednesday across upper Michigan and upstate New York toward central Maine, which could get 6 to 10 inches (15 to 25 cm) of snow, the Weather Service forecast.

On the West Coast, a “bomb cyclone” – a winter storm that forms when the barometric pressure drops 24 millibars in 24 hours – slammed Oregon and Northern California, knocking down trees, bringing coastal flooding and stranding drivers on Interstate 5 with mountain snows of up to 4 feet (120 cm).

Los Angeles International Airport told domestic passengers to arrive three hours early to beat highways clogged by traffic on one of the busiest travel days of the year.

Some travelers like Cristina Galvan tweeted that they arrived early, only to have to wait for hours as around 30 flights were delayed.

A silver lining was that rain doused the Cave Fire in Santa Barbara County, which has charred 7 square miles (1,810 hectares) of brush and woodlands. But it brought evacuation warnings to thousands of residents in Santa Barbara suburbs for possible mudslides on fire-charred hills.

The weather woes set in as a near-record 55 million Americans followed through on plans to use to planes, trains and automobiles to travel at least 50 miles (80 km) for Thursday’s Thanksgiving holiday, according to the American Automobile Association.

There were 491 delayed flights across the country by 2 p.m. ET, with nearly a third of them out of Denver, Chicago and Minneapolis St Paul according to FlightAware.com.

“There are apocalyptic storms all over the country and 50mph winds! Why would things not be the worst. Anyway pray 4 me,” said a Twitter user going by the name of Abigail H., who was leaving Chicago’s O’Hare International Airport on Wednesday.

The East Coast was so far unscathed, but wind gusts of up to 40 mph (64 km) forecast for Thursday morning threatened to sideline the Macy’s New York City Thanksgiving parade’s 16 giant balloons for safety reasons. Organizers have said they will make a decision on the day of the parade.

The storm now in the West is expected to move eastward and create new woes, especially in the Upper Midwest, for travelers planning to return home on Sunday, the weather service said.