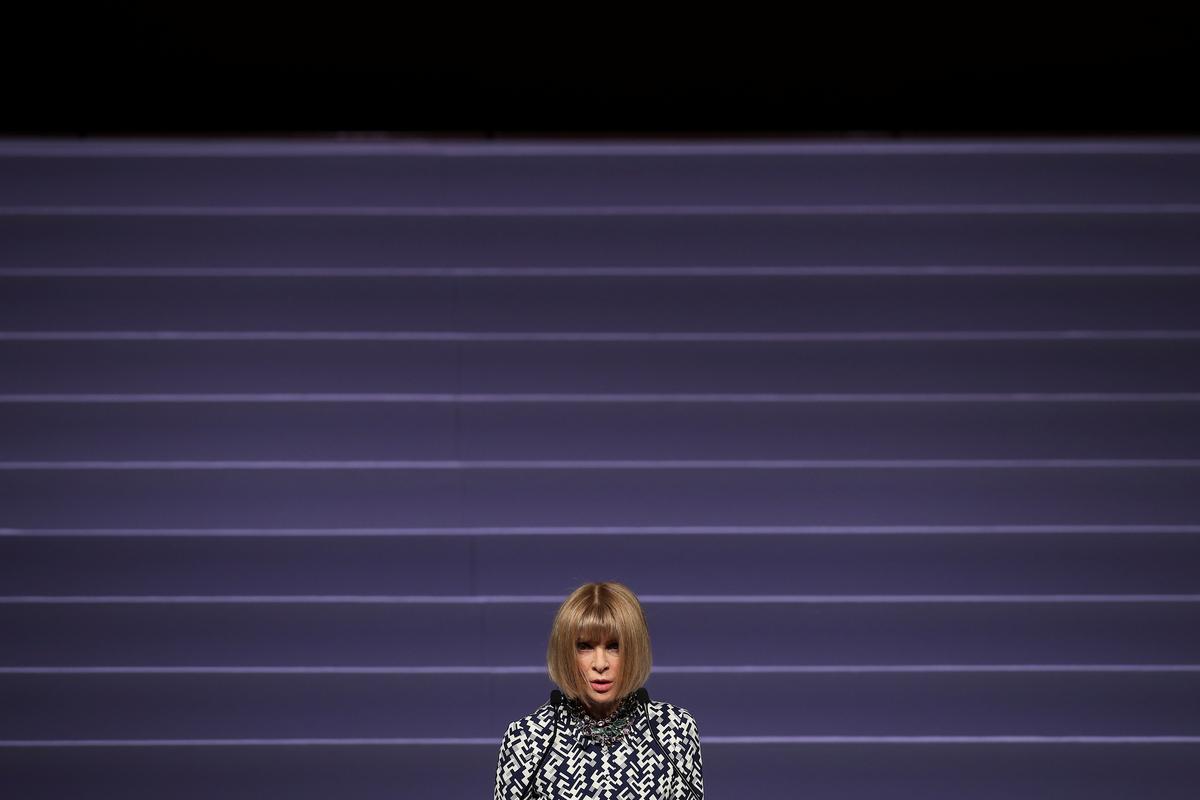 ATHENS (Reuters) – Clothes should be cherished, re-worn and even passed on to the next generation, Anna Wintour, the influential editor of Vogue magazine said, calling for more sustainability in the fashion world and less of a throwaway culture.

In an interview with Reuters, Wintour, considered one of the most powerful people in fashion, also said the industry was “a little bit late in the game” in pursuing diversity and inclusivity and that, despite the meteoric rise of social media influencers, Vogue would remain a benchmark for fashionistas.

Many brands are trying to bolster their green credentials and entice young environmentally-savvy consumers as the sector comes under scrutiny for fuelling a throwaway culture.

But in good news for second-hand bargain hunters, Wintour, who has been at the helm of American Vogue for more than 30 years, said fashionistas should care for their clothes and even pass them on.

“I think for all of us it means an attention more on craft, on creativity, and less on the idea of clothes that are instantly disposable, things that you will throw away just after one reading,” she said.

A 2016 report by management consultancy McKinsey & Company said global clothing output doubled between 2000 and 2014, with the number of garments bought each year per person surging 60 percent.

DIVERSITY ON THE RUNWAY

Instantly recognizable with her short fringed bob haircut and sunglasses, British-born Wintour has long been a front row staple at catwalk shows.

The 2006 movie “The Devil Wears Prada” starring Meryl Streep as a no-nonsense editor of the fictional Runway fashion magazine is widely believed to be based on her.

Thanks in part to social media, who and what should be in fashion had radically changed in the past decade, Wintour said.

Fashion weeks across the globe, where designers present their latest creations, are seeing a more diverse mix of people, though Wintour said the industry had been slow on the uptake.

“We are seeing a far more diverse and inclusive representation on the runway, on our social media channels and also in the pages of our different magazines,” she said.

“I think a lot of that has to do with the fact that we have so many designers of color in the United States. Until there is truly a voice at the table things will not change the way that they should. I feel we have long way to go.”

Wintour, who is also artistic director at parent company Conde Nast, was speaking to Reuters in Athens on the sidelines of the Vogue Greece ‘ChangeMakers’ event on Wednesday.

Vogue Greece hit the newsstands earlier this year following a seven-year absence as publishers bet the county’s economic recovery after a debt crisis will revive an appetite for glossy fashion and lifestyle prints.

Asked about the growing influencers’ effect, Wintour said they had “fun and varied” views but could never match the reach of Vogue.

“Globally Vogue has 127 million followers … I think that Vogue is the biggest influencer of them all on a global scale.”