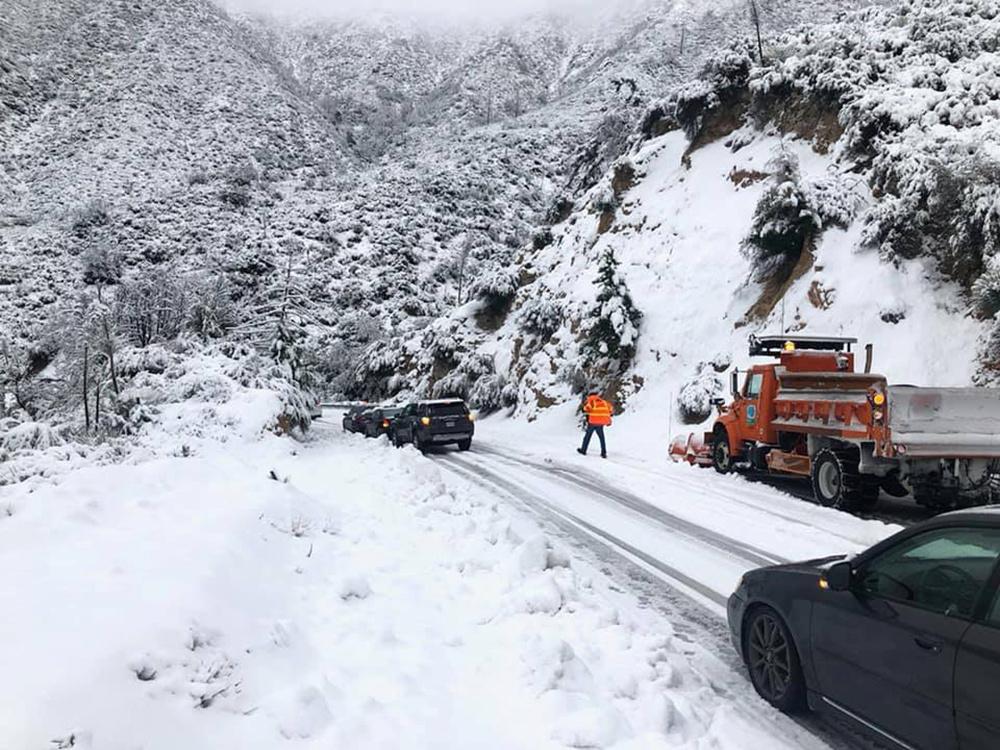 Cars stranded due to snowfall on the Angeles Crest Highway are assisted by a Caltrans crew in the Angeles National Forest, California, U.S. November 28, 2019. Caltrans/Handout via REUTERS

(Reuters) – A powerful winter storm pounded parts of the United States on Thursday, bringing heavy snowfall that forced the closure of a major Southern California highway during the busy Thanksgiving holiday.

Interstate 5 through the Grapevine area, a mountain pass, was shut down in both directions early on Thursday morning and the California Highway Patrol said on Twitter it was working to clear stuck vehicles as snow kept falling.

The highway, a major artery connecting Southern California to the rest of the state, was reopened later in the day, although more snow and rain were still forecast.

The winter storm was expected to bring heavy snow in the mountains and high winds across much of the Western United States before moving toward the Great Plains late on Friday, the National Weather Service said.

The agency added that areas of southern California and Arizona could see heavy rainfall and possible flash flooding. Blizzard warnings were issued for parts of Wyoming and South Dakota.

On Wednesday, scores of vehicles became stuck on Interstate 5 after a so-called bomb cyclone – a supercharged winter storm caused by a rapid drop in atmospheric pressure – dumped up to four feet (1.2 meters) of snow in mountainous areas of the Pacific Northwest.

The U.S. Midwest was also hit hard by a storm that clobbered Denver on Tuesday, with airports in Minneapolis and Chicago suffering hundreds of delays and cancellations.