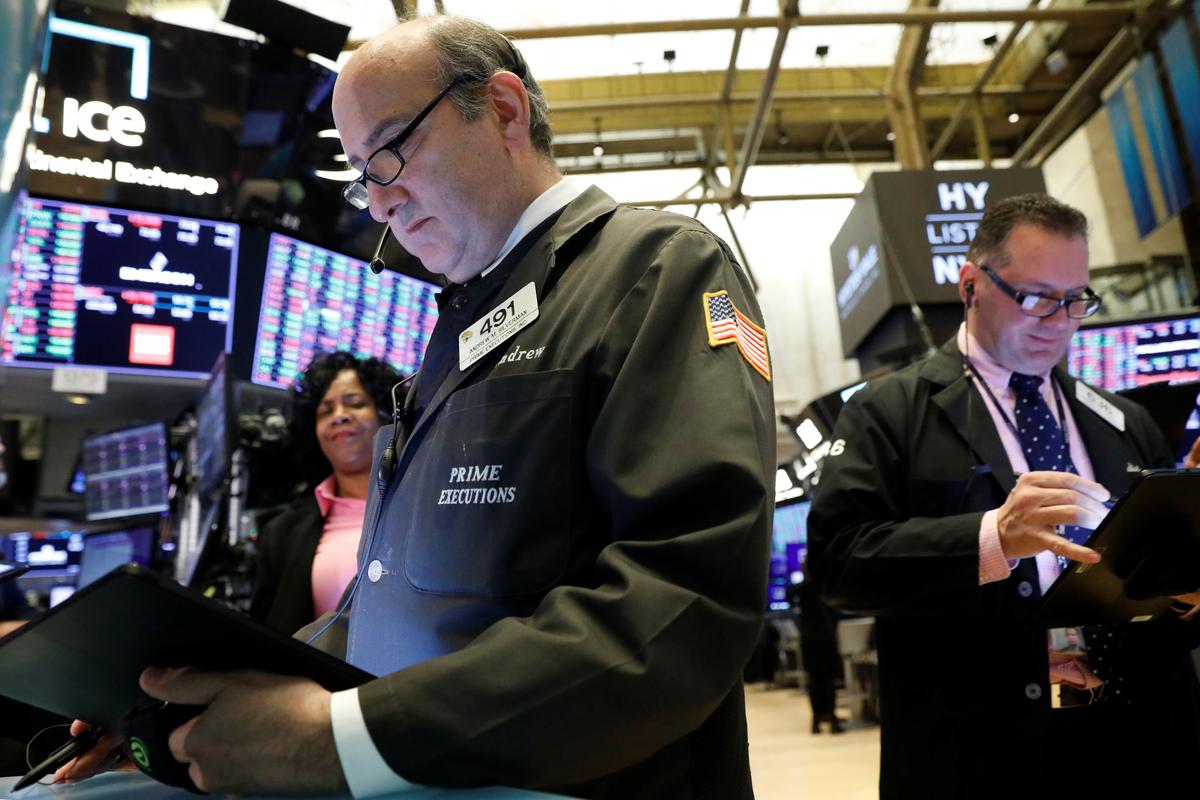 NEW YORK (Reuters) – Even though the U.S. stock market continues a record-breaking rally that has sent the benchmark S&P 500 index up nearly 25% for the year, investors appear to be looking elsewhere for better values in the year ahead.

The move into overseas stocks comes as economic fundamentals appear to be improving in parts of Europe and Asia while U.S. growth looks to be slowing, drawing money away from a market that had been an outperfomer.

Even with the MSCI All World Country Index, which tracks global equities, nearing record highs set in January, 2018, fund managers and analysts say global stock markets still offer a better chance to outperform U.S. stocks in the year ahead. The cite significantly lower valuations after failing to keep pace with the U.S. equity market for much of the last decade.

“We’re starting to see a period where valuation is going to be the driver for future returns,” said David Marcus, chief investment officer at Evermore Global Advisors. He has been shifting more of his portfolio into European stocks such as Belgium-based medical lab equipment maker Fagron NV (FAGRO.BR) and French media giant Bollore SA (BOLL.PA).

Any narrowing of that large gap in valuations could be a driver, even for companies that have strong stock performance this year, said Thomas Banks, a portfolio manager for the Federated International Small-Mid Company fund who has been increasing his stake in European companies.

He remains bullish on companies such as London Stock Exchange Group PLC (LSE.L) and Sweden-based casino game operator Evolution Gaming Group AB (EVOG.ST), both of which are already up 50 percent for the year to date.

“Some of the higher valuations for U.S. shares has been warranted because the U.S. had a much faster growth rate. But going forward if there’s a trade deal announced or an amicable solution to Brexit, the divergent growth rates could converge again” as U.S. growth slows, said Banks.

The U.S. economy grew at a 1.9% annual rate in the third quarter, down from 3.1% during the first three months of the year. The European Commission expects the economy in the euro zone to expand at an annual rate of 1.2% over the course of 2020, defying market expectations that growth rates would continue to fall from 4-year lows in 2018.

Germany, the euro zone’s biggest economy, grew 0.1% in the third quarter after contracting 0.2% in the previous three months, easing fears that the bloc would fall into a recession.

Further declines in the U.S. growth rate will also likely bring down the value of the dollar, which has hovered near record highs and eaten into the returns of investing in overseas markets, Banks said.

Danton Goei, portfolio manager of the Davis International fund, said more attractive valuations are pushing him into Asian stocks and multi-national companies that are positioned to benefit from domestic consumption in India and China.

He is bullish on Chinese companies that are not highly dependent on trade such as tech giant Tencent Holdings Ltd (0700.HK) and for-profit educational company New Oriental Education and Technology Group Inc EDU.N..

“You can see that the trade war has had a very limited impact on their businesses and yet valuations have come down a lot because of the macro concerns. When you have very strong businesses and their valuations are falling for unrelated reasons, that appears like a good buying opportunity,” Goei said.

At the same time, he is adding to positions in companies such as French aircraft engine maker Safran SA (SAF.PA), which he expects to benefit from growth in the Indian travel market as more consumers enter the middle class. Shares of the company are up 41% for the year to date, yet still trade near their lowest price-to-earnings ratio over the last 12 months.

“The big difference in valuations obviously matters in terms of your likelihood of outperforming in the future,” he said.