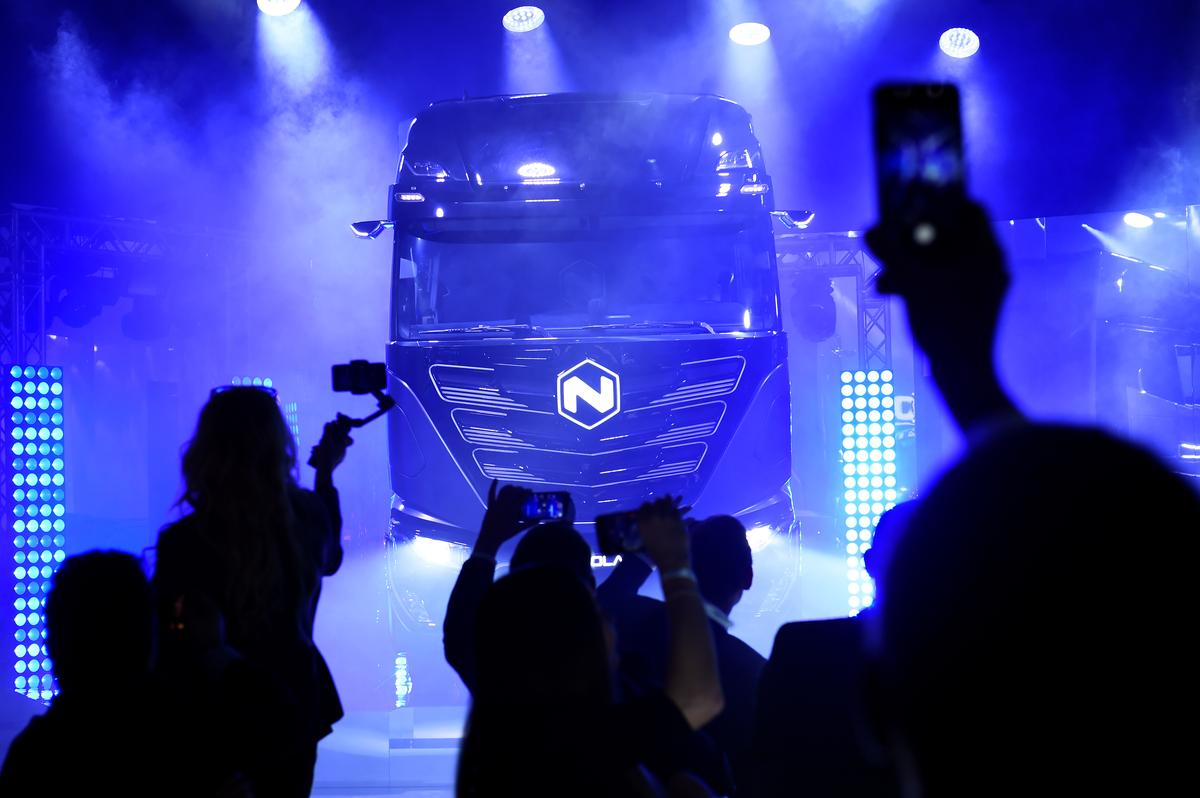 Named Nikola Tre, the truck will be built for the European market, under the deal the two groups announced in September, which brought CNH Industrial to take a $250 million stake in Nikola, $100 million in cash and $150 million in services.

“Just three months after we signed out partnerships, we have been able to deliver this prototype,” Nikola founder and Chief Executive Trevor Milton said at a dinner in Iveco’s hometown in Turin.

The truck will be produced both in a full electric and in a hydrogen fuel cell version, allowing it a range up to 600 miles (966 km). Deliveries to clients are expected in 2021 for the electric version and in 2023 for the hydrogen one.

Hydrogen fuel cell electric vehicles (FCEV) use hydrogen combustion – which does not yields polluting agents – to produce power to fuel their electric engines.

The new truck is expected to give a boost to Iveco’s European business, as the smallest among the big European traditional truck makers competes with the might of Volkswagen(VOWG_p.DE), Daimler and Volvo Group.

On the other hand, the agreement is expected to give Nikola scale and manufacturing capacity for its technologies.

All of the main manufacturers have electric and fuel cell vehicles in their product line-ups for 2020 or 2021.

Zita Zigan, an analyst at research firm LMC Automotive, said these vehicles have been displayed at recent shows but that it would take some time before any of these were ready for market launch.

“A partnership like the one between Nikola and CNH Industrial could be a game changer – possibly a real threat to current hegemonic manufacturers,” she said.

Regulatory constraints, rather than government incentives, are a strong driver to the development of alternatively-powered trucks, not just in the U.S. and Europe.

Governments have set ambitious greenhouse gases reduction targets, which will force manufacturers to move toward zero emission in the medium and heavy commercial vehicle sector.

“In Europe, manufacturers will be required to cut carbon dioxide emissions from new trucks on average by 15% from 2025 and by 30% from 2030, compared with 2019 levels,” Zigan said.